The founders of gener8tor, Troy Vosseller and Joe Kirgues, came up with the idea to develop a subscription box of adult incontinence products. This idea came from Troy's father in-law who suffered from incontinence and wished there was a way to discreetly have these products delivered to him rather than placing a large bag of Depend adult diapers in his grocery cart at Walmart while checking out next to his neighbor. Given their experience with startup investing, Troy and Joe had a pretty good idea that there was strong demand for a discreet delivery service of incontinence products and an exploding market of potential customers as the Baby Boomer generation matures. Wanting to find a strong partner with a team of experts to bring the concept to life, gener8tor chose the digital marketing agency, REV7 to provide some seed capital and develop an e-commerce startup.

The REV7 team dove into their intellectual patents and discovered there was one individual who had many of these patents. Through the advice of this industry expert, the REV7 team identified that pelzGROUP was a leading manufacturer of incontinence products in the European market and was interested in investing in the U.S. market. In fact, pelzGROUP had bid to acquire the leading manufacturing facility in the U.S. but had pulled out when the transaction reached a level they felt would be difficult for them to attain profitability. With a war chest of funding secured to make a major manufacturing purchase, pelzGROUP turned their focus towards identifying potential distribution relationships.

In May 2019, REV7 hosted a meeting at it's offices in Spearfish, South Dakota with the pelzGROUP leadership team and two industry experts who hold a combined 80+ patents on incontinence products. The team was officially formed and an agreement was reached to develop the best incontinence products available with a direct-to-consumer e-commerce distribution company for both the U.S. and European markets. By late fall 2019, pelzGROUP and REV7 reached equity partnership agreements for both markets and provided a significant cash injection into Norton Hurley.

Norton Hurley will officially launch in early 2020 with a focus on providing comfort, reliability, discretion and affordability to the millions of people who suffer from incontinence issues in the United States and Europe.

In 1948, Willy Pelz had an idea — to produce cotton wool products for baby and beauty care with affordable prices, premium quality and the best manufacturing equipment. With his name elegantly painted on the side of his factory, pelzGROUP took the latest generation of machines, the leading technology of the time and the most superior material to embark on a 72 year — and counting — journey to build an empire of personal care products, including Europe’s #1 incontinence product, Caroli.

While Caroli may be the new kid of the block, they are backed by a half-century of pelzGROUP science. Their experts have been at the forefront of innovation and design for decades, which is how they consistently deliver exceptional quality products. pelzGROUP completely understands the needs of the customers and the materials that actually make a difference that you can actually see and feel due to their numerous joint development projects with both customers and suppliers as well as the benchmarking of their own and competitor products against accepted industry standards. From their exceedingly talented engineers to their highly experienced R&D team, they pride themselves on creating personal care products that have panache and performance. 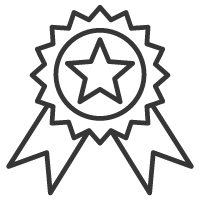 Caroli does not compromise with material quality. In addition to upholding the robust European Standards, their products fit well, feel soft on the skin and are very discreet while wearing. 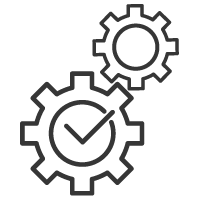 Caroli draws on our decades of experience in manufacturing personal hygiene products to deliver products of the highest standard, while being kind to your pocket. 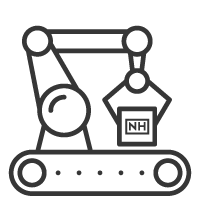 pelzGROUP offers latest technology and is state-of-the-art in Europe. Top notch, high speed production lines with a high degree of automation. One of the largest and most modern factories in Europe.

A German-based global manufacturing corporation, pelzGROUP has been innovating cotton and woven manufactured goods for over 60 years. They are proud to be one of the largest manufacturers of incontinence and feminine hygiene products in Europe as well as have product partners and relationships in 60 countries across the world.

A full-service business consultancy agency focused on early stage, high growth e-commerce businesses, REV7 has been a part of over 200 digital-native brands, including two billion dollar companies in which they single-handedly developed and executed the market strategy for the largest e-commerce exit in history.

A leading national business startup accelerator program, gener8tor has made 95 investments with a current portfolio valuation over $1 Billion.

A serial entrepreneur with a record of building massively successful companies, such as a wireless service provider that was sold to Verizon, David has spent most of his career operating technology companies in major US markets using his extensive background in customer acquisition and sales. He is currently the CEO of REV7.

Brent is a certified and award-winning digital marketer, having built search ecosystems for brands like Chewy.com, JetSmarter and others. He has 20+ years of extensive experience with SEO, SEM and brand development, and is best known for his work on the search architecture that was used for the largest e-commerce exit in history.

With over 30 years of experience in the personal care industry, including C-level executive positions at Drylock, Presto and Attends, Ricardo holds a total of eight patent applications and two issued patents for his innovation and design of new products and equipment.